Overview
PhotoEQ is a very great program for quick-and-easy photo fixes. It has many good features that any basic photographer may need. Its simple and graphical interface that is easy to understand. Its best known feature is its auto color correction feature. It can take dark images and change them into almost a daylight setting. PhotoEQ does not have many advance features but it has most of the basic tools for your general photo taking.
Review
PhotoEQ is a great program for general edits of your everyday photos. PhotoEQ has the basic adjustments and fixes to make you pictures look better. The general layout of the program is very simple. The software has a graphical easy to understand interface to extend its productivity. 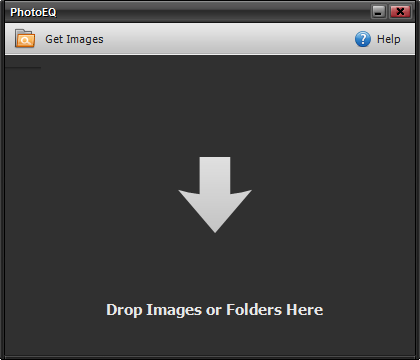 At first start up, the program allows you to drag-and-drop photos or folders to edit. After selecting you photos, you will be see adjustments it has and all the feature it allows you to do with your photos. 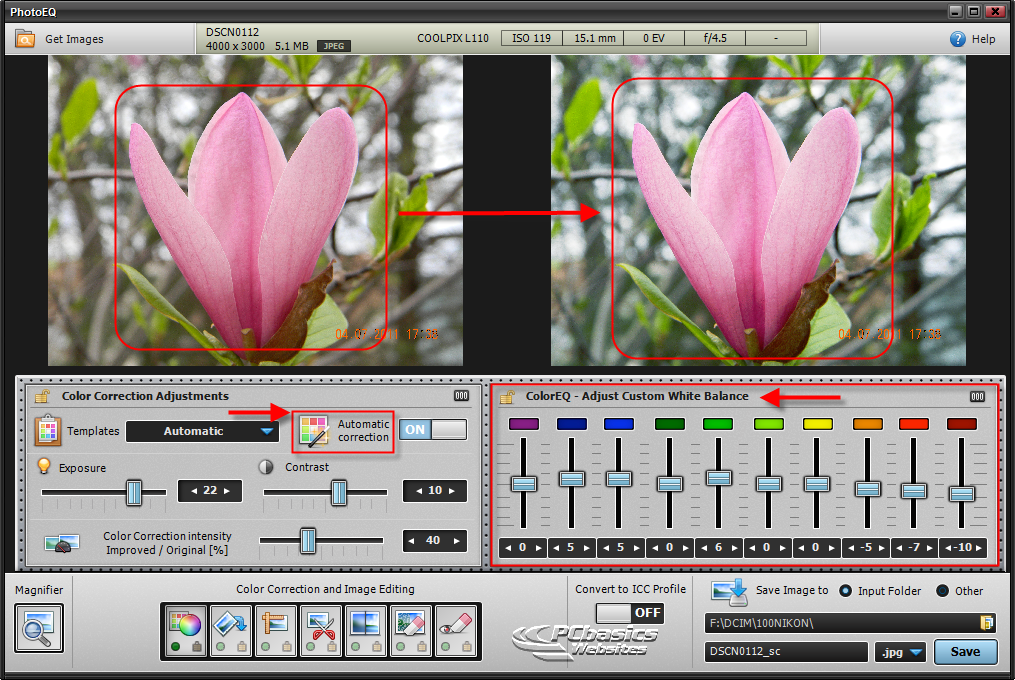 The most well know and most reconized feature of PhotoEQ is the automatic color correction function. It auto-adjusts your colors in the picture to make it more look better.Its other functions include: Image crop, rotation, re-size, sharpen, de-noise, and red eye fix. There are also many more features of the program such as batch processsing and many formatt outputs.

PhotoEQ even has output formats of .tif, .png, .psd, and .bmp.
All in All
PhotoEQ is a very basic program but very useful. Many people usually just want to edit the small things, such as red eye or color. PhotoEQ is the perfect program for small edits as such. I will have to rate PhotoEQ 4 stars due to its easy to understand graphical interface and its simplicity. The auto color correction is also an impressive feature, but the only negative side to this program is the ability to find freeware that have almost the same functionality. If in newer releases the program were to gain more features, I will rate it 5 stars.

Oops, you forgot something.

The words you entered did not match the given text. Please try again.

Reply Rob.C
9:04 AM on April 24, 2011
@ Torholt, I Tried This program after reading the review and it is great.
Here is the link http://www.softcolor.fi/photoeq/

Reply Grr
1:26 PM on April 29, 2011
Thanks PCBasics.
I like the ease of use, simple interface and side-by-side comparison

Start a Free Blog at Webs.com